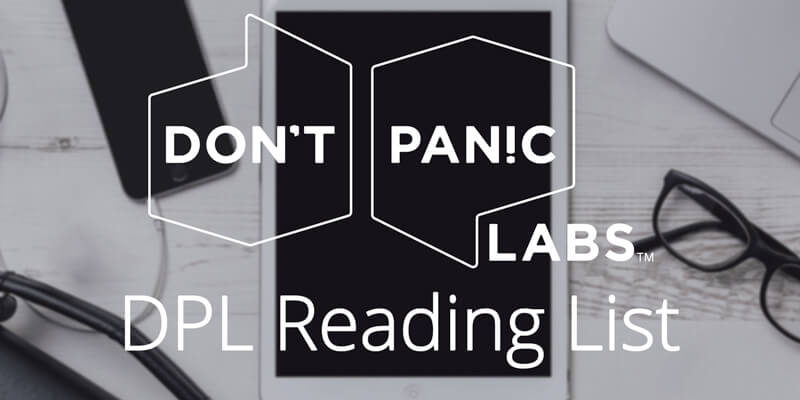 Straightforward Tactics For Testing Minimum Viable Products (Thanks to Jarrod Wubbels for recommending this article) – “In some ways, building an MVP actually creates additional work because this process of iteration and validated learning requires significant investment of time and energy. That’s why it’s important not to get bogged down by unnecessary details and overhead when building MVPs. Eventually, the objective is to figure out if the effort you’re putting in is worth it, and you don’t want to spend time working on something users won’t pay for.”

Design Is Mainly About Empathy – “The user’s mental model, faulty though it may be, is our guiding light. If we don’t invest effort in understanding that model, it’s going to be really hard to know if our work is successful. Design is mainly about empathy.”

How To Empower Your Employees To Act Like Entrepreneurs (Thanks to Brian Zimmer for recommending this article) – “For both startups and large established corporations, there are tangible benefits to empowering employees to act like entrepreneurs, like cultivating a culture of learning, iteration and innovation among corporate employees.”

Google Cuts Its Giant Electricity Bill With DeepMind-Powered AI – “The application of DeepMind’s technology builds on previous efforts by Google to apply machine learning, a type of AI, to its data centers. Back in 2014, the company said it used neural networks, a type of pattern recognition system, to predict how its power usage would change over time, letting it arrange equipment in more efficient ways. The DeepMind work goes a step further. Instead of making moves in an Atari game, the software changes how equipment runs inside the data centers to get the highest score — in this case more efficient consumption of electricity.”

A Designer’s Guide To Parkinson’s Law Of Triviality (Thanks to Jarrod Wubbels for recommending this article) – “At work, you’re expected to have intelligent opinions and propose smart solutions to problems. But, when you’re working on something that is very complex, it’s intimidating and exhausting to have opinions on the biggest challenges. It’s so easy to focus your attention on the issues that are easy to grok and which won’t (literally) blow up in your face if you’re wrong. So, it’s understandable that people schedule meetings about the roof of the bike shed so that they can voice their opinions and feel useful and heard.”

Eight Common Dysfunctions Of Design Teams (And What To Do About Them) (Thanks to Brian Zimmer for recommending this article) – “I’ve seen a lot of design teams in action over the past decade. The people on these teams are invariably talented, smart, and hard-working. But having great people doesn’t guarantee great teamwork. I’ve come to recognize eight common dysfunctions of design teams. Fortunately, I’ve also seen solutions to these dysfunctions — proven, reliable, and simple techniques that teams can use to work better together.”

Exploring Networks Efficiently – “Beyond offering support for biologists’ suppositions, this theoretical framework also applies to the analysis of social networks, of collective decision making among robot swarms, and of communication in ad hoc networks, such as networks of low-cost sensors scattered in forbidding environments.”