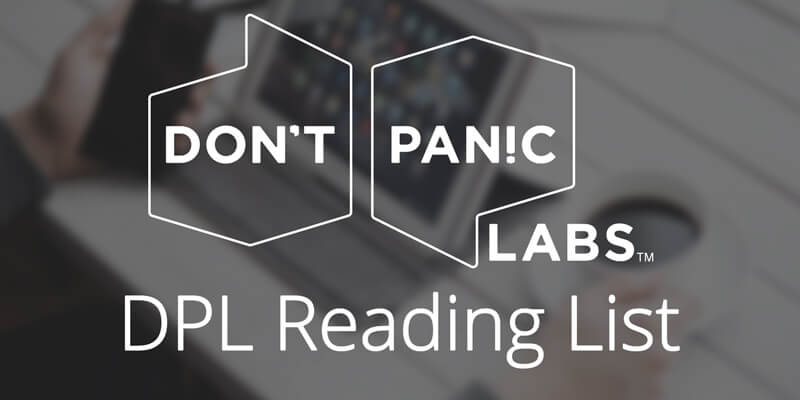 The Linux Foundation And edX Offer Free Cloud Infrastructure MOOC (Thanks to Matt Babcock for recommending this article) – “Let’s be honest. Do you often feel like you really don’t know the cloud that well? I know I do, and I work with it every day and I write about it every week. That’s where the newest Linux Foundation and edX free massive open online course (MOOC) LFS151, an Introduction to Cloud Infrastructure Technologies comes in.”

Big FT (Thanks to Jarrod Wubbels for recommending this article) – “It is now common to see huge digital billboards on roads and at train stations displaying rolling news from organisations like the BBC, Sky News or Reuters. But since digital billboards are limited to non-interactive content without audio, they actually make ideal platforms for newspapers like the FT.”

Selling To Customers Who Do Their Homework Online (Thanks to Brian Zimmer for recommending this article) – “Sales tasks are continually evolving in all industries, and companies must keep their sales forces up to speed to meet the demands of their customers. Auto dealers again provide an illustrative example. The required changes may surprise you and raise questions about effective selling in your market.”

Almost Everyone Is Doing The API Economy Wrong (Thanks to Matt Babcock for recommending this article) – “There are many reasons to build an API, and even more reasons to use one. This is not an article about enterprise topics like service-oriented architecture or the role of microservices — we’ll leave that for another day. This is about the API economy. It’s about how two companies can work together to create more value than either of them could independently. It’s about the great technology industry tradition of platforms and applications — the fundamental dynamics that allowed Microsoft to build its dominant position in the 1980s and early 1990s, and what made Apple’s App Store such a powerful model.”

The Inherent Bias Of Facial Recognition (Thanks to Jarrod Wubbels for recommending this article) – “There are lots of conversations about the lack of diversity in science and tech these days. But along with them, people constantly ask, “So what? Why does it matter?” There are lots of ways to answer that question, but perhaps the easiest way is this: because a homogenous team produces homogenous products for a very heterogeneous world.”

Why White Space Is Crucial To UX Design (Thanks to Jarrod Wubbels for recommending this article) – “All good visual artists understand the importance of negative space, the empty area that draws attention to, and accentuates, the actual subject. Negative space (the artistic equivalent of a designer’s white space) is like the supporting cast whose duty is to make the star of the show stand out more by not standing out so much themselves. If you don’t think any part of your design should be intentionally blank, take a look at the World’s Worst Website Ever for an extreme example of the damage caused by too many objects competing for attention. In interaction design, white space isn’t just an aesthetic choice— it serves three essential functions.”

One Genius’ Lonely Crusade to Teach A Computer Common Sense – “If computers were to reach true artificial intelligence—tackling big problems entirely on their own—they needed more than just the raw speed that let them analyze more possibilities than the average human. They needed something beyond brute force. They needed a common sense of their own. So he decided to build it.”