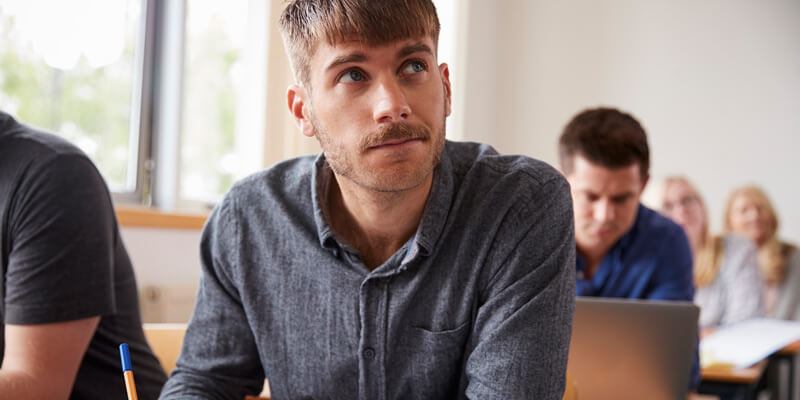 When we began thinking about what would become the Nebraska Dev Lab Pipeline Program, we had one goal: create more software developers in Nebraska. But as time went on and we took a hard look at the state of the industry, we realized that we could also make an impact by helping to create a more diverse talent pool.

As interest spread in the Pipeline Program and the other educational programs provided by Don’t Panic Labs (something we’ve been doing for several years), companies began reaching out to us about retraining some of their existing teams. One of these conversations led to an opportunity where existing RPG and COBOL developers were retrained to become modern full-stack developers. This required a slightly different approach as we were starting with participants that already had experience in programming. These participants just needed to be shown how modern technology stacks should be approached. This lined up well with the second stage of the Pipeline Program, so we were able to get this new program up and running fairly quickly.

Continuing conversations in our community uncovered yet another need: training employees from various other educational organizations to help them quickly become high-performing members of their respective teams. This lined up well with later stages of the Pipeline Program, so we were again in a position to get this program started quickly.

It quickly became apparent that what we originally intended for the Pipeline Program could meet the wide range of needs for organizations and participants, just with later “on-ramps” to our established curriculum.

Here is how we see the Nebraska Dev Lab set of programs today.

This tier provides the basics of programming. This is the beginning of our Pipeline Program, which is intended for individuals with no programming experience.

The second tier assumes basic programming knowledge but not necessarily experience in modern software development techniques. Here is where participants put into practice what they learned in Tier 1 or what they have gathered through previous experience and emerge as full-stack programmers. During this stage, participants will spend five hours a week at their sponsor as part of a practicum with their mentor.

Here is where participants jump into the team aspect of software development. Participants will work in groups as they build an actual software project. They will finish the tier as an emerging full-stack developer. During this stage, they will spend ten hours a week at their sponsor as part of an apprenticeship with their mentor.

The final tier answers many questions the participants may be asking about how to best structure the systems they created during Tier 3. They will emerge as a full-stack developer. During this stage, they will spend twenty hours a week at their sponsor as part of an apprenticeship with their mentor.

Sometimes our industry’s terminology varies and can lead to some confusion. Two examples are “developer” and “programmer”.

When we talk about entry-level programmers, we mean individuals skilled in creating coding artifacts and who can follow established patterns but require supervision and oversight. Entry-level developers are skilled in the tools and techniques for designing and building software, and they can analyze, design, develop, and test their software with some oversight.

These additions to the Nebraska Dev Lab will allow us to provide organizations more opportunities for all developers to work effectively in one cohort. Each tier is five weeks long, so the entire program takes 10-20 weeks depending on where participants start. In addition, they will be spending time back at the sponsor after five weeks and will be productive back at the sponsor after ten weeks.

If you have any questions or would like to discuss this further, email devlab@dontpaniclabs.com.