Getting Creative with Google’s Game Builder 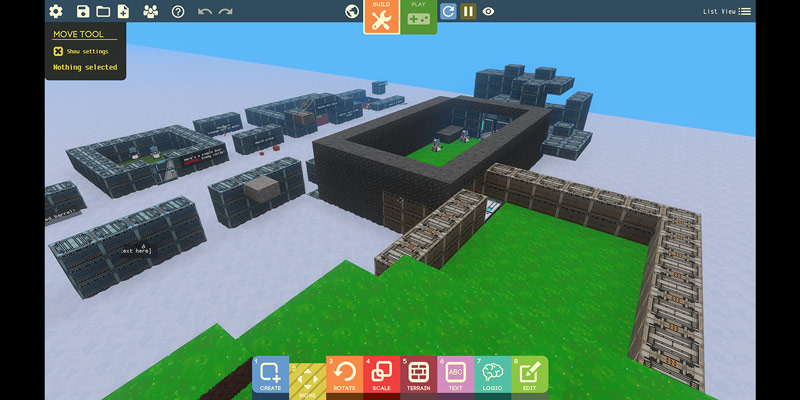 Google has released a fun and engaging game building environment. Simply called “Game Builder”, this engine is unlikely to produce the next Halo or Call of Duty, but it’s a quick and easy way to create a video game…and that’s pretty awesome for anyone who’s wanted to try out their own game designs.

Can’t you do all of this with Unity3D? Yes, you could do all that Game Builder can do — and more — with several other game engines. But the advantage of Game Builder is that it’s so approachable. You don’t even have to write code to get something up and running quickly. Game Builder also provides some helpful starting points (e.g., you want to create a driving game, they have a good starting point for that). It also uses the concept of “cards”, which allows you to augment your objects and create richer gameplay.

While Game Builder may sound like Scratch, it actually allows aspiring game designers to far deeper. For me, Scratch always felt constrained. I was too limited in creating anything fun. But with Game Builder, what you’re able to create feels more like a game you might want play, and it behaves like a game engine for new game developers.

Its hidden depth is one of Game Builder’s aspects that provides a “real game engine” experience for budding creators. While you can use cards for the game logic, you can extend any of that logic with JavaScript; you can actually write code when you want to! It’s not difficult to see how this will be a powerful way to get kids interested in writing real code. Allowing them to take some existing logic and extend it for their needs is such a great way to learn.

To prove the “kid-worthiness” of Game Builder, I showed it to my son who wants to be a game developer. He immediately took to it without any assistance from me. I was really impressed by how fast he jumped into it. Several hours later, he’s still working on his game. I’m excited to see where this goes.

If you want to talk more about Game Builder, you can find me on Twitter where I’m @chadmichel. I’d love to hear what others think about it.