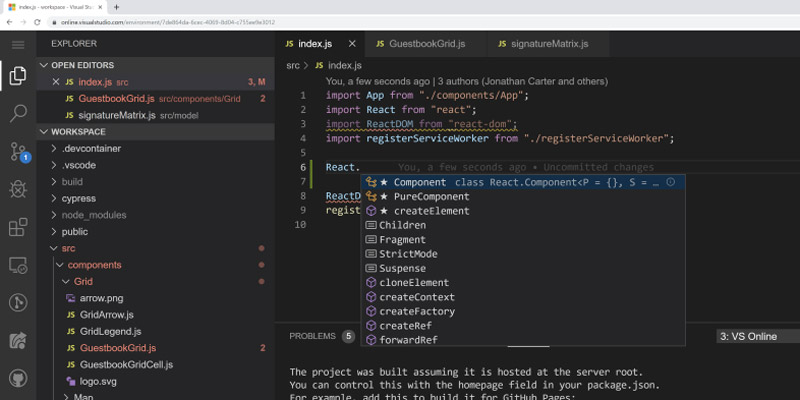 I have often said that Visual Studio is Microsoft’s best product. But recently, they created Visual Studio Code, which ironically is giving “regular” Visual Studio a run for its money. While I still think VS is better in most ways, VS Code does have some advantages, particularly when it comes to JavaScript development.

But now we’ve entered a new era with Visual Studio Online. At first glance, VS Online may appear to be VS Code, but online. Since VS Code is just an Electron application, hosting it in the cloud should be a doable solution. And that is precisely what Microsoft has created with VS Online: VS in the cloud.

As of this writing, VS Online is still in public preview. But I got my hands on it and would like to share what it’s like to start a new project with it.

After clicking Get Started, you are asked to create an environment. 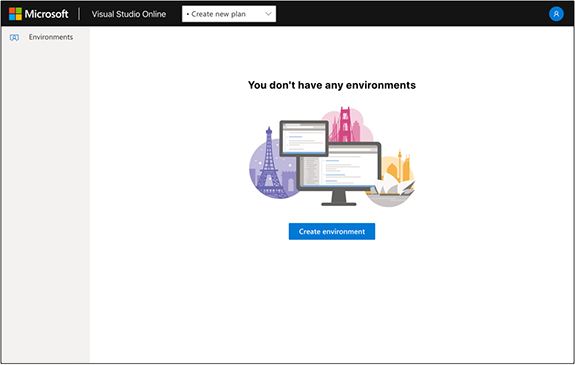 Then you need to associate your installation of VS Code with a billing plan. 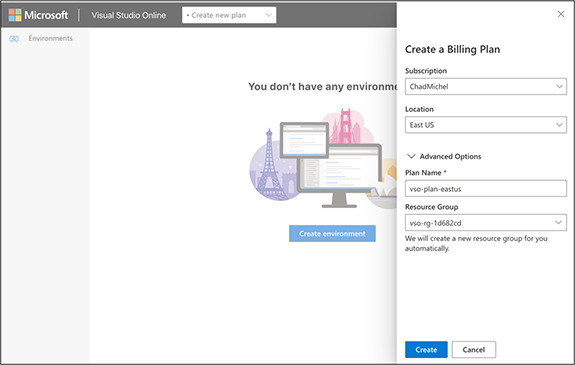 Then you specify a few environment settings.

Now you have a VS Online environment up and running. 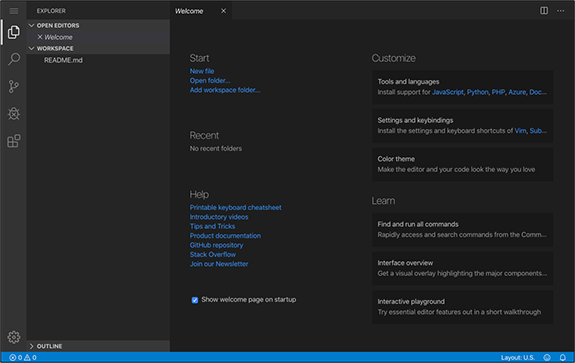 In just a couple of minutes, I had a VS Online environment capable of doing Azure Function development using C# — all without installing software on my machine!

Why would anyone want to use this VS Online thingy anyway?

At Don’t Panic Labs, our team works on many different projects, with each of those having their varying environments. That basically means each developer must create an environment on their machine whenever they begin a new project. While this doesn’t require a ton of effort, it is effort (and time). With VS Online, we can accomplish the same thing by just sharing (copying) environments. This simplified approach should get developers up and running on projects a lot faster.

Another advantage I see right away is there’s no longer the need to bring customer code down to our machines; the code can remain secure in the cloud.

Lastly, we don’t have to install anything on our machines.

I don’t see VS Online as the first choice of development environments at Don’t Panic Labs, but I could see it helping us in a few different ways. First, projects with very particular technologies, such as Ruby on Rails, might be better handled with VS Online than our developer’s Windows machines. Ruby on Rails wants to be run in a Unix environment. Since VS Online basically runs on a Linux backend, it is perfect for that. Second, if every project had a VS Online environment as part of the setup, it would make it easy to jump back into that project a year later for some quick feature development, especially if that project requires particular tools (such as PostgreSQL). Third, we spend a fair amount of time setting up environments for the participants of our many educational efforts. With VS Online, we can tell the developers, “To the Cloud!”

I don’t think VS Online is an answer to all our development prayers, and it’s not what I would use as my primary starting point for most projects. But there is a subset of projects where a VS Online environment makes a ton of sense.