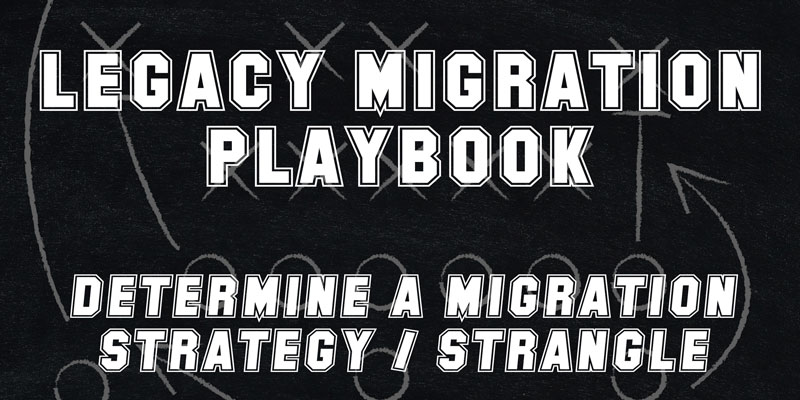 The strangler pattern refers to vines that – over time – strangle out a tree, leaving a shell of vines that look like the tree that was strangled out. 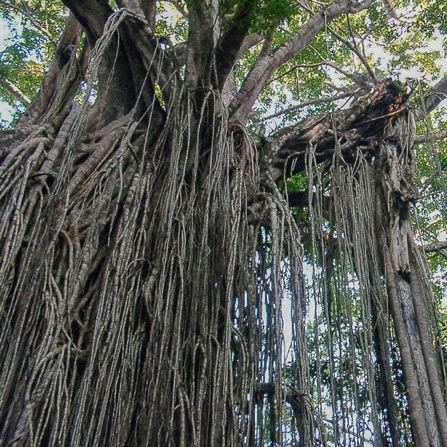 This pattern makes a lot of sense in most cases. It allows us to make headway toward a better architecture/system without having to pay the entire cost upfront and in one huge bite. In many ways, this pattern often becomes part of almost any legacy project.

However, this pattern doesn’t have to be used across the entire system. There are often parts of a legacy system that don’t require any changes and can stay as they are. We will go into more detail about this in a later blog post.

It is important to note that this pattern isn’t the best thing to start with. Many of our legacy projects turn into some sort of strangle, but we often need to wait until we know more information. I really like the approach of taking a small bite of work first. Before refactoring a solution, it is also a good idea to get a few unit tests in place first. The strangler pattern fits best after you have found your bearings within the legacy system. Only after you know enough about the system can you make well-informed decisions about how best to begin strangling it.

The strangler pattern, as we use it in legacy systems, is often a go-to play. While its level of use varies from project to project, it will almost always find its way into work done against a legacy system.