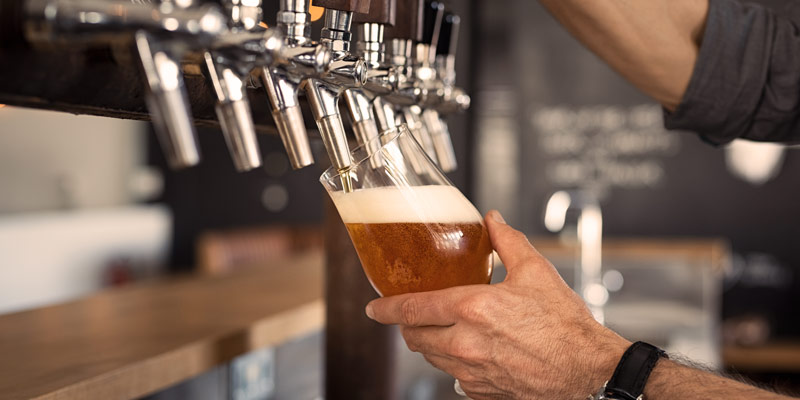 I feel it is safe to assume that beer is pretty popular here in the good old USA. Thirty years ago, everyone was drinking their favorite big brand: Bud Light, Miller Light, or — my personal favorite of the classic big beers — Coors Light. Now the world has shifted to more flavorful beers brewed by smaller breweries. Speak to most beer drinkers today, and they will talk your ears off about some pale ale they drank at their local microbrewery.

The key to the last paragraph is “microbrewery”. Across the country, small to medium-sized breweries are popping up in towns of all sizes. Each has its own unique recipes to meet the demands of their local customers.

Even though the recipes are different, the brewing process is pretty much the same. It still involves a lot of art and intuition. And care.

This is where Nate and Kyle come in.

They created a product called BREWSENSE, which involves using a small hardware device paired with the power of the cloud and a mobile application to give brewers detailed insights into the fermentation process (the point where beer basically becomes beer) from an iOS or Android device. This type of technology is usually only available to the big beer makers, but the goal of BREWSENSE is to put this power in the hands of breweries of any size.

This project had a lot of unique pieces that had to come together, but we at Don’t Panic Labs thrive on challenges like this. Here are four of the most significant pieces we wrangled.

The first was that this is primarily an IoT (Internet of Things) project. We have a hub running at the brewery, which communicates to mobile devices about the constantly-changing conditions of the fermentation process. Nate and Kyle had already built the hub, so we just needed to interact with it. This required the use of AWS IoT infrastructure to minimize the build effort.

The second piece was mobile notifications. Once we had the hubs talking to the IoT components in AWS, we needed to send notifications from the hubs to mobile devices. Since we were already in the AWS world, Amazon’s Simple Notification Service (SNS) was a straightforward choice.

The third fun challenge was using AWS Lambdas written using JavaScript for the backend. We are typically .NET backend developers, but for this project we decided to go lean and leverage just a small number of Lambda functions. This also made sense because Nate and Kyle were already using them in their proof-of-concept version of BREWSENSE. With this as a starting point, we were able to deliver their product faster.

The fourth exciting challenge was doing the buildout of the BREWSENSE mobile app that communicates with the hub at the brewery. We used Ionic to build the UIs. While Ionic isn’t perfect for all solutions, it did enable us to build out the UI without a lot of friction. The fact that Ionic is basically Angular + Cordova made building the UI very familiar for us.

The BREWSENSE project was a blast. We got to work alongside some very innovative startup entrepreneurs, in an exciting domain (making beer), and with a lot of cool technology. If what they’re working on sounds cool, don’t forget to check out their site (https://www.brewsense.io/) to see what they’re up to. It’s pretty awesome.

If you would like to learn more about how we build things at Don’t Panic Labs, reach out to me on Twitter where I’m @chadmichel.