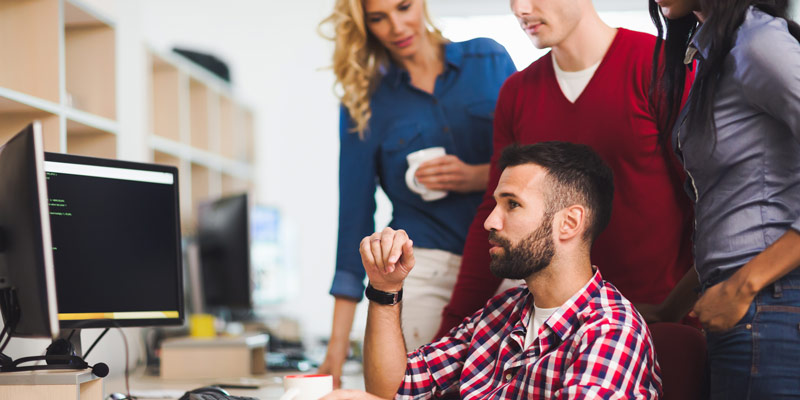 From the outside, developers are sometimes seen as trolls living under a bridge. Okay, maybe that’s a bit harsh. How about this: strange wizards who wield unknowable powers to make things work. Or perhaps this: t-shirt-wearing loners who subsist on junk food and never go outside.

Wrong on all accounts. They are actually quite normal people who enjoy many of the same things as everyone else. But when it comes to working with them inside your organization, there are a few things to keep in mind.

First, it takes a lot of training to become a great software developer. Second, developers can move fast when they are allowed to build a quality code base over time. Third, developers must be given maker’s schedules to be successful.

Being a good software developer isn’t something someone can wake up one day and become instantly. Honestly, that’s never a realistic expectation. Time, hard work, and learning from failures are all part of the journey, and that’s especially true when growing into a great developer. With so much of the slick marketing out there, it’s easy to believe that with a few hours of training anyone can become a quality software developer. But that’s just not the case. Don’t buy the hype.

A key aspect of becoming a successful software developer is possessing the drive always to be learning. Developers must stay on top of the latest tools and technologies and, even more importantly, work diligently at becoming better at writing quality code. Both of these goals are difficult to achieve, which is why I highly recommend developers embark on some amount of formal professional development, attend tech conferences, and participate in local developer meetups.

Another thing to keep in mind is that developers don’t move fast by simply moving fast. This is probably the most significant mistake managers make. Hurried developers do more harm than good. Instead of having fast developers on your team, you want ones with a drive for quality in their code and system architecture. Over time, you will see the speed you seek.

Lastly, developers are most effective when they have large blocks of time in which to tackle their tasks. Expecting quality software to be written in one-hour chunks will only lead to frustration and disappointment. Developers must be given three or even four hours of uninterrupted time to help them do their best work – it gives them the focus they need to really dive into the problems they are solving.

Often, managers want to put developers on a manager schedule of meetings, meetings, and more meetings. If you look at your developers’ schedules and see that they aren’t getting three or four straight hours without meetings, know that you are wasting your valuable developer resources. Don’t waste those resources.

Remember developers are like people, but they can also speak in 1s and 0s ?