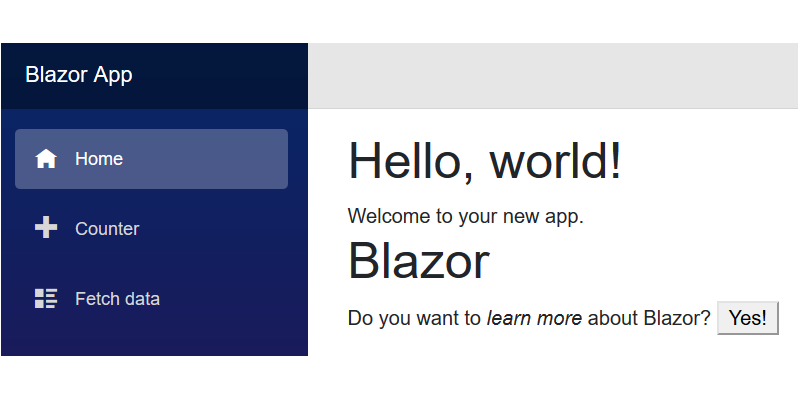 Microsoft recently put Blazor into official preview. If you’ve never heard of Blazor, it started as a proof-of-concept project by Steve Sanderson with the goal to build a client web UI framework based on .NET and WebAssembly. With Blazor, we get the ability to run C# in the browser instead of JavaScript. Hence C# all the way down. C# in the browser and C# on the server. Maybe if we could just have a C# data tier…

Why is C# in the browser appealing? Why not just JavaScript or, if you want types, why not just TypeScript? I do feel that TypeScript is a big step up from JavaScript, but it is still JavaScript at its core. And JavaScript has some funkiness to it (Exhibit A, Exhibit B).

TypeScript does improve the problem of building a large software system with JavaScript. Dynamically-typed languages require less typing from developers, and less formality as well. But the extra work makes it a lot easier to refactor software systems.

Now a C# vs TypeScript debate is somewhat a debate between personal preferences. I do think both are fine languages for building software systems, but I personally prefer C# (and I could be happy in TypeScript too).

But with Blazor, we no longer have to live in a two-language world. We can use both C# on the server and C# in the browser.

Microsoft announced that Blazor was moving into preview last week at their Build annual conference. They also announced a few other cool things I am excited about:

Have you tried Blazor yet? What did you enjoy about Build? Hit me up on Twitter or sound off in the comments below.