UI Development Without a Backend? 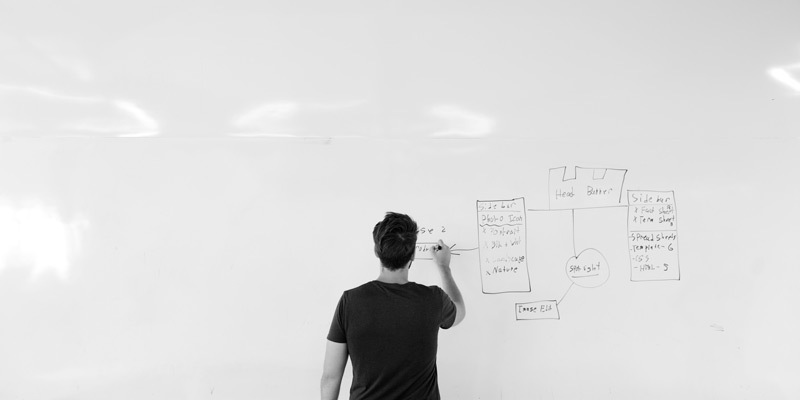 UI development can be a significant risk for a project. UIs are what users interact with, and waiting for the UI to be done at the end can endanger your project’s timeline or negatively impact a user’s experience with it. 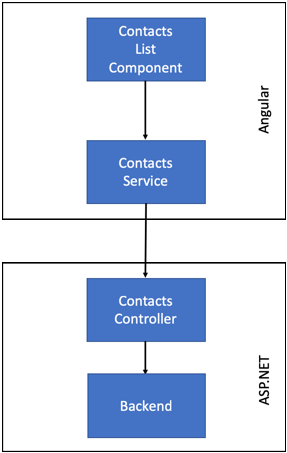 If we were to build everything bottom up, we would have to write a lot of code before we could build the riskiest piece first. What we could do is build the Angular portion first, but just make the contact service completely fake for the first version. 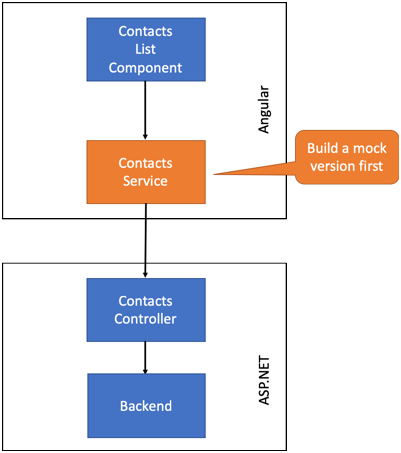 Building the mock version allows us to iterate on the UI faster. It will also enable us to better nail down the contract we will need between the Contacts Service and Contracts Controller.

This pattern of developing the UI first against a mock backend works a majority of the time and for most systems. This concept also allows us to work on the frontend and the backend at the same time.

If you have any questions or comments, hit me up on Twitter or leave a comment below.