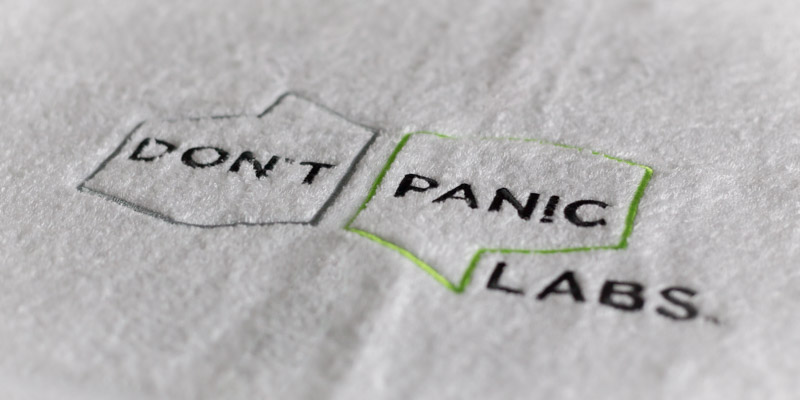 Local software development firm Don’t Panic Labs is excited to announce their second annual Towel Day towel drive, which will be held on Friday, May 25.

The drive kicks off at 9 am outside the Don’t Panic Labs offices at 151 N 8th Street in Lincoln’s Historic Haymarket District (just outside of KD Designs and Scooters). Team members will be on hand to collect towels that will be donated to the People’s City Mission. Any condition of towel will be accepted. The team will receive donations until 3 pm.

The date of the drive holds special meaning for Don’t Panic Labs. May 25 is internationally recognized as Towel Day in celebration of the late science fiction writer Douglas Adams. The company’s name was inspired by Adams’ best-known novel, The Hitchhiker’s Guide to the Galaxy, where the words “Don’t Panic” are printed on the cover of the Guide.

“It looks like Douglas Adams was right when he wrote that towels are ‘the most massively useful thing an interstellar hitchhiker can have,’” said Doug Durham, CTO and co-founder of Don’t Panic Labs. “The Mission told us that each of their guests gets their own towel to keep. Since they have over 1,200 individuals stay with them throughout the year, it really adds up. That opened our eyes to the size and scope of the need.”