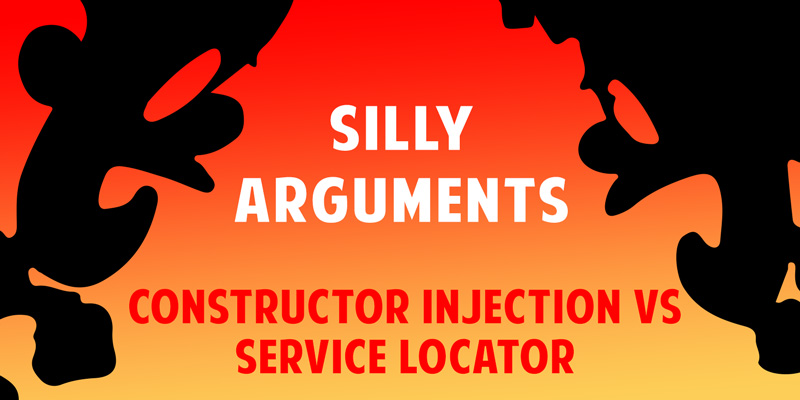 Previously in this series, we have discussed the silly arguments of tabs versus spaces and squash versus no-squash merges. Now we are moving on to constructor injection versus service locator.

Sometimes both sides of an argument are valid, and often you are picking something based off of personal preference. This feels like one of those arguments to me.

Constructor injection and service locator are kinds of Dependency Inversion (DI), which is the D in SOLID (for more on SOLID, check out my entire series). SOLID is an acronym created by Robert Martin, and it is a good concept to be aware of as a software engineer. Writing SOLID software should be a goal.

Now the D in SOLID comes in two flavors, Chocolate and Vanilla. Just kidding. The two flavors are constructor injection and service locator. Both achieve similar goals, but I think they both have different side effects.

Service locator achieves similar goals, but does so with a different style. Service Locator uses a factory to create instances of a module. Many consider this an anti-pattern, but I personally prefer it. .NET Core also supports this out of the box. You can see an example of service locator below. Below the OrderManager gets its dependencies using a factory.