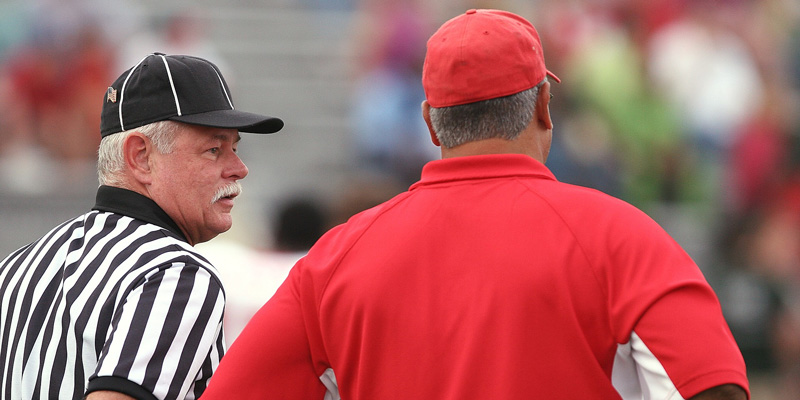 I was talking with a colleague recently who is part of an organization that has recognized that their development processes, culture maturity, etc., was holding them back. The conversation went something like this… “As a developer, I would see Don’t Panic Labs as a dream job given the emphasis and adherence to consistent software design and development principles as part of the culture. What advice would you tell someone who wanted to achieve the same within their organization?”

Oddly, I had not been asked this question directly before. The short answer I gave him was that they had to find a passionate, strong leader who could come in and convince everyone of the better way and get everyone on board. This leader would need to be maniacal about insisting on no compromises when it comes to the processes and principles that will achieve these cultural changes.

An analogy that came to mind was that of a college football team (seems natural given my location here in Lincoln and being a Husker football fan). Imagine you have assembled 22 talented college-level football players (11 for the offense and 11 for the defense). Each of these players have experience playing the game, have had success on previous teams, understand core concepts of strategy, teamwork, technique, etc. They have probably watched quite a bit of football and seen how high-performing teams and players have played. They probably have some athletes they look up to and aspire to emulate on the field.

Now, imagine you took these 22 players and sat them down on a Monday and told them they would be playing Nebraska on Saturday. They need to do whatever they need to do and, oh, by the way, there is no coaching staff. Could you imagine what the result would be? At times you might see something that resembled football but, in general, it would look chaotic. Despite having similar player talent, Nebraska would absolutely pummel them. Why? The quality of coaching at Nebraska will enable them to play as a team and within the context and vision of how they execute their offense and defense. Our team, without any clear vision, concept, or plan for offense and defense would likely look like 11 individuals who are not on the same page – which is what they are.

Now, imagine you took a group of talented programmers with similar levels of experience and understanding and did the same thing – tackle a complicated system to design, build, and maintain. Software development is a team sport and without an experienced leader or coach with a clear vision who can get the team performing together and within the constraints of the design of the system, you will get a system that looks like it contained the designs and ideas of everyone on the team – chaos.

Not every football coach can be successful at every level of football. The higher the level (youth to professional), the more capable the coach and coaching staff needs to be to get the most out of their talent and to compete. The same is true with software systems. As systems become more complex, there are more requirements for discipline, organization, depth of understanding of key concepts, experience, and attention to detail by the technical leadership.

Building a high-performing team that can successfully design and create complex systems with conceptual integrity of design and sustainable agility requires an experienced, qualified leader who can both design complex systems as well as lead and inspire the team. In other words, you need a head coach. Without this, you will have chaos.