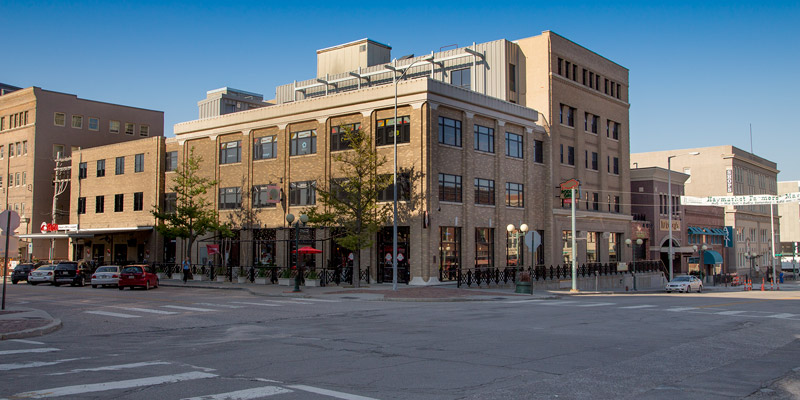 April was the seventh anniversary of the launch of Nebraska Global. While we spend a lot of time internally reflecting on our progress and strategy, we have never really shared it in a public forum or blog post.

Like a lot of startups, we tend to be focused inward and not as concerned with how people on the outside might be viewing us or the perceptions they may have. I feel it is time to be more transparent about some of the inner workings of Nebraska Global and the constituent companies.

Getting Nebraska Global Off the Ground

As stated on our website (which is relatively unchanged since we started – yikes!), we launched Nebraska Global with a couple of goals in mind:

Prior to launching Nebraska Global, we spent 12-18 months fundraising. This always takes longer than you would think but we finally wrapped up all of the fundraising in the first year of the company.

Shortly after launching, we connected with Archrival to help us brand the software development side of our business. This is where the name “Don’t Panic Labs” came from.

Many people have been confused about the relationship between Don’t Panic Labs and Nebraska Global. I can understand their confusion. In the first 3-4 years, Don’t Panic Labs was more of an abstract concept or culture identity that we used to brand ourselves on the product development side and to help with recruiting. We felt it was important to do this so we could differentiate the product development teams and culture from the more “businessy” fund and investment side. This made it much easier to connect with young folks and students.

The model for Nebraska Global does not have many peers and is somewhat of a unicorn. It is an evergreen fund (indefinite fund life) with both financial and non-financial objectives.

The initial board consisted of eight individuals. There were four members representing the largest investors, three management members (Steve Kiene, Patrick Smith, and myself) and one member appointed by management.

One of the guiding objectives established by the board early on was that we had no interest in fully investing the total amount of the fund ($37.3 million). Instead, we agreed upon an amount we would invest through 2015 and then leave the remaining amount as uncalled capital that would be used for follow-on investments, etc.

With this basic framework in place, we moved ahead full steam on a variety of projects – some wholly owned and some as minority investments.

The core of the team that launched Nebraska Global had been around for quite some time and had built other software companies so we felt like we were able to hit the ground running.

Despite this, the first three years of Nebraska Global was a pretty hectic time as we were simultaneously building and launching four separate companies and products: Icora, EC3H, Beehive Industries and EliteForm. We spread our development resources across these efforts. If it had not been for the deliberate steps we took to unify our processes and programming models, we no doubt would have had a mess on our hands.

Thankfully, we went into this venture knowing that our product development team would need to be a flexible resource that would ebb and flow from project to project. We were prepared.

Don’t Panic Labs as a Company

About the time we were finishing up initial releases of EliteForm and Beehive in 2012, we began getting inquiries from some of our investors and others in the community wondering if we could help them out on the product development side. Initially, we declined these opportunities as they did not fit our model of building products and companies that we are investing in.

Over time, it occurred to some of us that the idea of Don’t Panic Labs as a flexible resource for our internal projects and companies might be a fit for external companies who also need access to a seasoned product development team that they could flex themselves. The availability of some of our development team allowed us to “dip our toe” into this with some carefully selected projects, which convinced us that we were on to something.

This effort culminated in a joint venture we established with National Research Corporation in the summer of 2013. This company (NRC Connect) was located in the Don’t Panic Labs offices, and it was staffed by Don’t Panic Labs developers and business development and support teams from National Research Corporation. The idea was to prove out the business model and build a product as a joint venture that would eventually be re-acquired by NRC (which occurred in the summer of 2015).

Emboldened by the contract development and NRC joint venture, we tasked Brian Zimmer to do some analysis of the market opportunities and refine a business model that would allow Don’t Panic Labs to transition from an abstract idea to an actual company that would be able to do contract product development as well as pursue joint ventures where our technical expertise and startup experience could help de-risk innovation efforts.

On January 1, 2014, Don’t Panic Labs was formally launched to provide product development services for companies ranging in size from startups to publicly-traded corporations. Its business models run the gamut from traditional time-and-materials contracts to dev-for-equity relationships. Since then, it has grown from a team of three (Brian Zimmer, Matt Will and Cole Easterday) to 25 today.

As 2015 came around, we began preparing for the end of our initial investment phase. During the first five or so years, we made investments of cash or in-kind services in the following companies:

With a pause in the use of fund capital for investments, it made sense to us to turn our focus inward to help drive the success of our existing investments. Patrick Smith took over as the CEO of Beehive and has been focused there since 2015. Steve Kiene turned all his attention to Ocuvera in order to get that remarkable technology out to market and generating sales. I have turned my attention to help grow Don’t Panic Labs and build a superb team that is able to solve hard problems following these core values:

With the 2015 “soft landing” executed as designed, it meant that traditional fund operations would be paused. As such, we have slimmed down the headcount on the fund side to reduce expenses. However, the fund – as well as the folks we still have there – are shared resources that support the operations of our portfolio companies.

Pausing fund operations also meant we could (and should) move to a more traditional form of board governance, which we completed last fall. That resulted in a smaller board that now includes three of the original non-management board members, along with Steve Kiene and myself.

I don’t believe Nebraska Global is done making investments. In fact, we have never really stopped. For now, our investments will be in the form of dev-for-equity done through Don’t Panic Labs. In 2016, more than $400,000 was invested by Don’t Panic Labs in equivalent in-kind services across three startups and one joint venture. This year, we already have made in-kind investments in two additional startups. What this means is we are providing product development services at reduced/no charge (forgoing some or all of our consulting fee) in exchange for upside in the success of the company or product (either through equity or revenue sharing).

This model fits well with our established startup culture and our development team exchanges some near-term profit-sharing in exchange for greater potential for increased returns down the road. In these instances, both the Don’t Panic Labs team and the startup have even greater aligned interests through “skin in the game.”

All of us who are investors in Nebraska Global obviously want to see a return of cash from these investments, but the capital invested in Nebraska Global is patient. I see a point in time down the road where, as our existing portfolio matures and returns are distributed to investors, the Nebraska Global board may decide that some of those funds should be retained in the company to be used to begin investing dollars along with our in-kind services.

One of the reasons I decided to write this reflection was that we hear, from time to time, some comments that reflect confusion about what Nebraska Global is, where we have been, who we are right now, and where we might be going. It is my hope that some of this confusion can be cleared up here.

Going forward, it is my intention to publish a reflection on an annual basis to give people better insight into what is going on in our heads and in our space. People who know me know that I am pretty candid and not very practiced in the art of “spin”.