We Are All Michael Scott 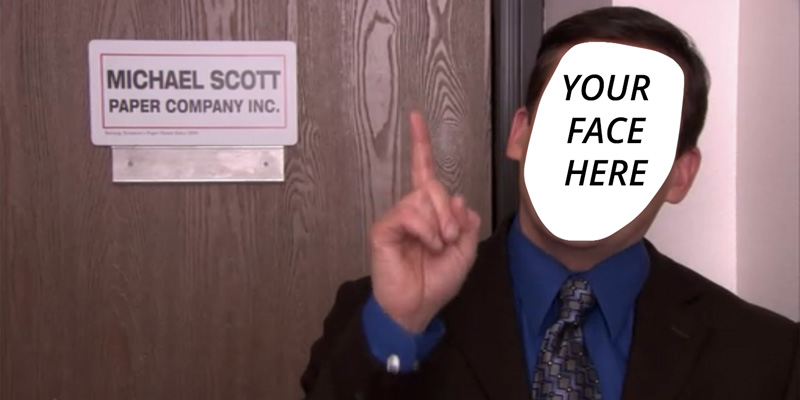 “This is an environment of welcoming, and you should just get the hell out of here.”

Michael Scott was the lead character of The Office. He wasn’t a particularly mean towards most of his employees (except for Toby), but he is maybe the most cringe-worthy character in all of TV history.

Why was does he make us so uncomfortable? Why do his actions make us cover our eyes in our hands? Because we do a lot of the same things he does.

My wife and I have been re-watching Season 1 of The Office on Netflix. And boy it is sometimes hard to watch. Not because it’s bad, but because the ways some characters react (particularly Michael) hit a little too close to home. In each episode, we find ourselves sinking into our seats as Michael Scott does something unbelievably embarrassing.

One example of this is in Season 1’s “Hot Girl”. In this episode, Amy Adams sets up shop in the conference room and sells purses in the office. Michael is immediately taken with her, but instead of just being polite he – of course – goes overboard. He uses the office’s prize money to buy an espresso machine to impress her. He drops random hints about himself with the hopes she’ll grow to like him more. But he is just trying too hard to be liked right from the start. This is painful to watch because we have all tried too hard to be liked at one time or another. Another painful episode is from Season 2 called “The Fight”. Here, Dwight challenges Michael and – of course – Michael overreacts. This results in a hilarious fist to cuffs between Dwight and Michael at a dojo. What makes it painful is that we all sometimes overreact when we are challenged. Also in Season 2 is “Booze Cruise”. Michael’s crazy behavior is on full display here. He likes to be in charge (does that sound like anyone?). While Michael is often in charge in his world, he is clearly not in charge on the boat and that drives him crazy. Slowly he descends into worsening behavior until he eventually gets locked up for getting someone to jump overboard. We all want the world to revolve around us, but it doesn’t. And that’s when we often behave poorly. Why is this relevant for a technology company’s blog? Because in many ways we are all Michael Scott. We all try too hard, overreact, and make stupid choices when things don’t go our way. Hopefully not to these extremes and not with the same level of cringe worthiness, but we aren’t always our best selves.

When we reflect on our lives and behaviors, it should remind us that we all need to offer others more grace because we need others to show us some grace. Building great products and solutions requires being part of a great team. And great teams are built through offering a little grace, love, patience, and understanding. When we lead with these types of responses, we will solve some of our daily problems.

Because not all solutions are technical.