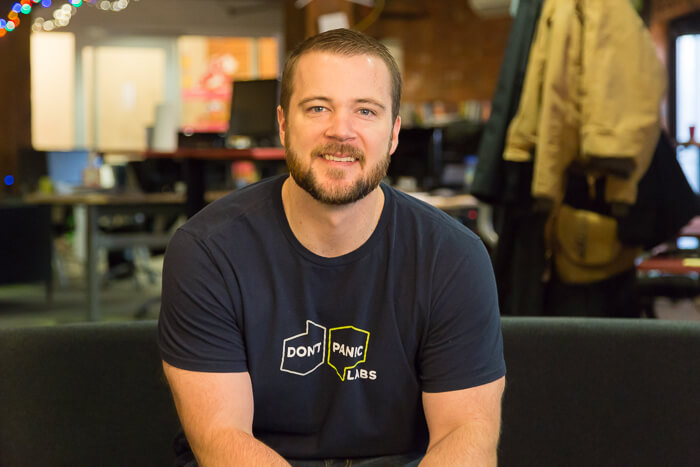 Ever since he was little, Andrew has been drawing. It began with sketching pictures of his favorite cartoons with his grandmother. He even sent plans he drew for a toy (life-size robot) to Santa. After graduating high school his creativity led him to study graphic design.

Today he bridges the worlds of coding and design. Regardless of which side he’s on, Andrew finds most of his satisfaction in solving problems. For him, design is more than a job; it’s a passion that exceeds the bounds of a typical work day.

He lives in Lincoln with his wife and daughter and spends most of his free time writing dad jokes. Even though Santa didn’t deliver on the life-size robot, Andrew believes it’s because technology is still catching up to his plans.