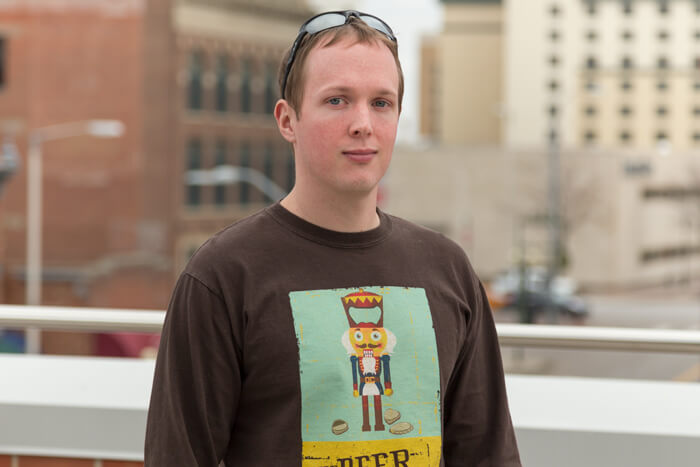 Andrew is constantly challenging himself to try new things, both professionally and personally. This attitude has served him well both in his 10 years of service in the Nebraska Army National Guard and at Don’t Panic labs where he has worked mostly in web and mobile development.

He pursues his hobbies with the same dedication and completed his first Ironman triathlon in 2015 after finishing several sprint and Half Ironman races. He enjoys collecting travel experiences and tattoos. His most recent piece was a koi fish he got while on a trip in Japan.

When they aren’t travelling, Andrew and his wife Kayla can usually be found at their home in Lincoln with their dogs and cat, reading and figuring out what to do next.