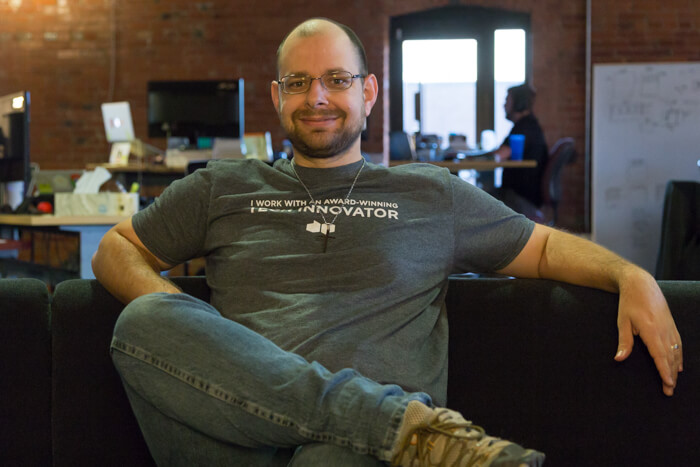 Phil has been tinkering with code since the days of the TI-83 graphing calculator. He has been dabbling in programming ever since, and realized it was his destiny after teaching himself Python, Objective-C and Java in the late 2000’s. In a previous life, he taught a two-day crash course in Python. He believes in a strong, well-defined project architecture which facilitates fast and consistent development of new projects.

When he’s not in the office, he can often be found writing code in the early morning hours before his wife and three kids are awake. Aside from that, he considers himself an amateur photographer; he’s owned digital cameras since before the turn of the millennium. He enjoys close-up photography, and hopes to eventually invest in some macro equipment.

When he can find the time, he enjoys wandering the wastelands of Fallout or the snow-covered mountains of Skyrim.